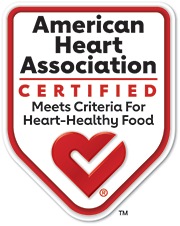 It was an easy decision to expand our offerings to include one of America’s favorite nuts, the almond. Our first order of business was hand selecting almond growers we trusted to maintain our high-quality standards. Harvested at farms in California, our almonds carefully make their way to the Diamond facility in Stockton, where they’re handled with loving care for their future in the shell, shelled, slivered, or sliced. Known for their distinct flavor and crunchy texture, almonds are a big hit as a topping for salads, side dishes, and desserts. Most importantly, they’re a great addition to a healthy diet. Just a small handful of almonds contains protein, healthy fats, and fiber. Low in saturated fat and cholesterol, almonds also support heart health. Our almonds are a well-rounded food from a company that knows its nuts!