Walnuts are the foundation of the Diamond brand. The first type of nut our growers harvested — and remaining the only type for many years — walnuts helped us build the brand that our customers grew to rely on and trust for the highest quality, best-tasting nuts out there. Walnuts are a favorite of home cooks and professional chefs alike due to their versatility. From sweet or savory dishes to nut coatings to our new line of snacking walnuts and nut pie crusts, walnuts are a great choice for both your culinary needs and your cravings for healthy, on-the-go snacks. 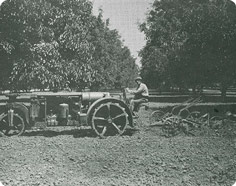 As with business and industry all over the country, the deep recession of the 80s was a mighty headwind for California’s walnut growers and the Diamond  brand. But with a strong foundation of its first 70+ years of success and resilience, the company came through relatively unscathed. The 90s and 2000s introduced a brave new world for the walnut industry: government regulation and genetic research.